The encoding methods we commonly use in wireless transmitter modules are fixed code and rolling code. The rolling code is an upgraded product of fixed code,if confidentiality is involved, rolling coding is used.Even if there is such a coding method, it has the function of remote control. The following is a small series of remote technology to explain the performance and advantages of the wireless transmitter and receiver module. 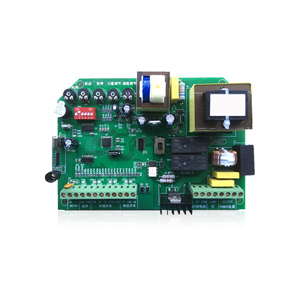 1. The wireless?transmitter and receiver?module has very small radiation, and the shielding effect of the mesh grounding copper foil on the back of the circuit module can reduce the leakage of its own oscillation and the invasion of external interference signals.

3. The waveform of the output end of the wireless?transmitter ande receiver module is relatively clean, the interference signal is a short needle pulse, and unlike other super-regeneration receiving circuits, a dense noise waveform is generated, so the anti-interference ability is strong.

Yaoertai Technology, specializing in R&D and production of wireless transmitter and receiver module, low power consumption, long distance, a variety of models to choose from, independent research and development production, has won a number of national patents,business in more than 80 countries and regions around the world. Any questions about the wireless transmitter and receiver module, welcome to come to consult!

Did you find apk for android? You can find new Free Android Games and apps.
< >

Focus on security technology innovation and lead the development of AI industry. The 17th China I...

Celebrate the 14th anniversary of Yaoertai !

Saturday, the first week of work in 2019, On a sunny afternoon, Yaoertai, all business colleagues...

The 28th Beijing Construction Expo will be held soon, and invite you to participate in the grand event!

The 28th China (Beijing) International Building Decoration and Materials Expo will be held on Mar...

R+T Asia Shanghai Door and Window Sunshade Exhibition, the opening of the 2019 is coming soon

The frequency used by the radio remote control is 433Mhz or 315Mhz, also referred to as 433 remot...

The infrared alarm can detect the infrared rays emitted by the human body, and is composed of an ...